Umbria is called the green heart of Italy and is appreciated for the beautiful landscapes, the beauty of architecture, the rich history and culture, the delicious food and wine.

Among the major tourist cities to visit in a fantastic tour of Umbria we find Perugia, Assisi, Spello, Spoleto, Gubbio, Norcia and Marmore falls. 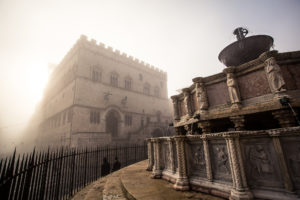 About 30 Km far from the campsite, Perugia can be easily reached by train, car or bus. The city is the capital of the region Umbria and is well worth a visit during your holiday. Historically, Perugia was settled first by local people and then by the Etruscans. With the Etruscans Perugia became one of the most powerful cities of the High Tiber Valley.

Fought over by Mark Antony and Octavius Caesar, it was finally won by the latter and named Augusta. In the year 547, it fell to Totila, and then to the Byzantine Empire, before becoming a city state allied to the Papacy. It bowed to Papal supremacy in 1370 after the peace of Bologna. The following centuries saw turmoil and trouble in the walled stronghold, with the nobility waging internecine wars, and power passing from one hand to another. Finally, in 1540, it came under domination of the papacy.

The Popes continued to hold authority in the town, apart from brief snatches when it was occupied by the French and the Roman Republic, till it merged with the Kingdom of Italy in 1861. City of chocolates, churches and music, Perugia blends perfectly the old and the new, the spiritual and the carnal, of tradition and modernity. It is situated on a hill, and is a charming walled city. The walls enclose history as well as some of the best art works of Italy. Narrow streets radiate from squares lined with exciting shops and eating places; you will enjoy a spectacular and breathtaking view of the hillside. Worth visiting: Piazza IV Novembre, Fontana Maggiore, Palazzo del Capitano, Cattedrale di S. Lorenzo, Palazzo dei Priori, Galleria Nazionale dell’Umbria, Chiesa di San Francesco al Prato, L’Arco Etrusco, Palazzo Gallenga, Porta e Chiesa di san Pietro, Basilica di San Domenico, Rocca Paolina, Corso Vannucci, Ipogeo dei Volumni. Main events: Umbria Fiction TV (second week of April), Rockin’Umbria (middle of July), Umbria Jazz (middle of July), Sagra Musicale Umbra (September) and Eurochocolate (October).

About 40 Km far from the campsite, Assisi can be easily reached by train or car. Surrounded by olive trees and cypresses it is situated on the Subasio Mountainside. The charming town of Assisi offers to its tourists a sensation of peacefulness and it is amongst the most attractive destinations that you are likely to encounter in Umbria. Assisi is the birthplace of St. Francis (San Francesco), patron saint of animals and ecology, and its undeniable charm and appeal attracts huge numbers of visitors and religious pilgrims, who arrive here each year – literally millions. 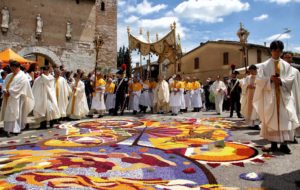 About 60 km far from the campsite, Spello is a big medieval village built with evocative grey stones. Situated at the foot of Subasio Mount it is an interesting city to be visited for the medieval urban layout characterized by some Roman ruins and Renaissance buildings. Besides visiting monuments is recommended a walk through the old town still surrounded by ancient walls dating back to the Roman times.To visit: Porta Venere, Santa Maria Maggiore, cappella Baglioni, Rocca. 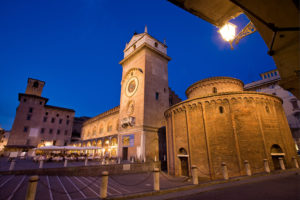 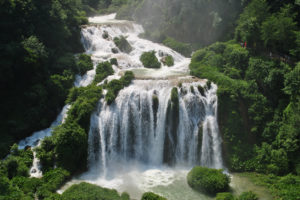 About 130 km far from the campsite, easily accessible by car, the Marmore waterfalls are one of the most interesting natural visuals of Italy. They were formed artificially by Consul Curius Dentatus in 271 BC by channeling the waters of the rivers Velino and Nera with a drop of 160 meters. The observation points of the waterfall can be either from the square or from Belvedere.